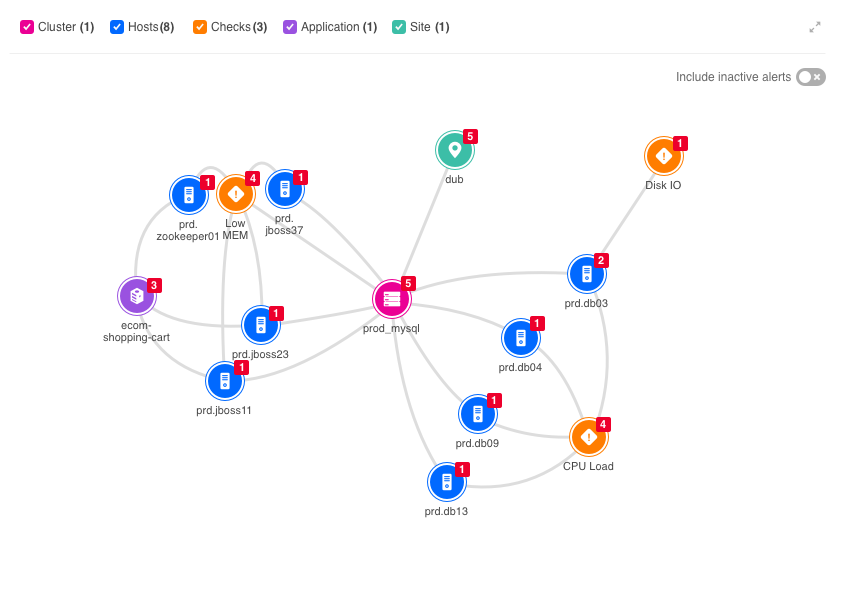 The Topology section is located under the Incidents tab, in the incident details pane. The Topology graph is a customizable visual display of the links between the incident's alert tags, or Nodes. 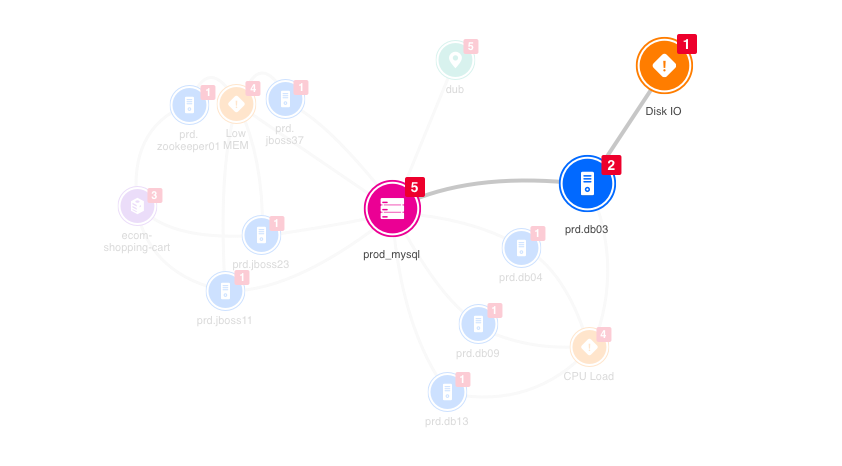 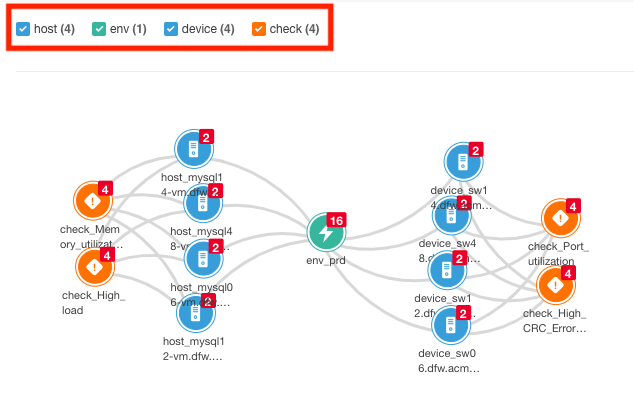 The node filtering options at the top of the section can be used to show/hide the nodes in the graph according to their corresponding tag type. The numbers beside the nodes in the filter represent the frequency with which the node appears in the topology graph.

Users can customize the Topology UI with the Topology UI API. With this API, BigPanda users can manually structure the visual appearance of the topology between alert tag nodes, charting information that can be used to aid in investigating the root cause of the incident and assessing potential impact.